No products in the cart.

Goldsteam proudly offers one of the finest and iconic IPA recipes in Canada from Brewmaster Gary Lohin of Central City Brewing in Surrey, BC. The IPA was fashioned to survive the long voyage from England to India during the British colonization. Hops, hops and more hops! Race Racer IPA has an intense aroma and a long lingering finish. A beer for the connoisseur, this is the brewmaster’s choice.

All of our donated recipes are helping to support charities within the brewer’s local community. Each time you purchase a beer kit from one of our award-winning brewers, we proudly donate $2 of the sale to their preferred charity. Gary proudly supports Autism with the Central City Red Racer IPA Extract Beer Kit.

About Gary Lohin and Central City 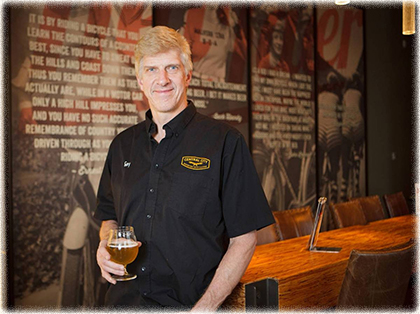 Born and raised in British Columbia, Gary is one of Canada’s most accomplished and celebrated brewers. With over 20 years experience, his career spans from spells at the Whistler Brewing Company, Okanagan Springs Brewery, and the founding of the Lower Mainland’s first brewpub.

In 2003, Gary became a partner in the company and he has since overseen two major expansions in production capacity. Under his supervision, Central City has become a leading Craft Brewer, recognized on the national and international stage with multiple awards.

Only logged in customers who have purchased this product may leave a review.