No products in the cart.

0 out of 5
0 ReviewsAdd Your Review

Goldsteam proudly offers the 2016 Canadian Brewing Awards gold medal winning premium lager recipe from brewmaster Graham With of Parallel 49 Brewing Co. A clean, crisp and refreshing pale lager brewed with all malted barley and Sterling hops grown at Sartori Cedar Ranch in Chilliwack, BC. Craft Lager is fermented cool using a traditional German lager yeast. A crystal-clear, easy-drinking premium lager that’ll surely make you the envy of the neighborhood. A true Canadian crowd-pleaser and what other Lagers should aspire to be.

All of our donated recipes are helping to support charities within the brewer’s local community. Each time you purchase a beer kit from one of our award-winning brewers, we proudly donate $2 of the sale to their preferred charity. Graham proudly supports Cystic Fibrosis Canada with his Craft Lager All Grain Beer Kit.

About Graham and Parallel 49 Brewing Co. 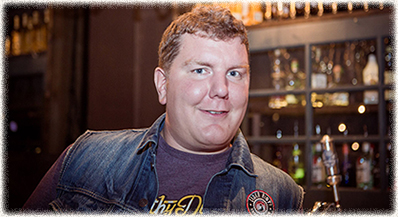 Graham With, born and raised in the Lower Mainland, developed a fond appreciation for beer by growing up in the suburbs. He pursued a degree in chemical and biological engineering at the University of British Columbia. He dove into the hobby of homebrewing to offset the cost of drinking, that is associated with engineering. As his obsession with homebrewing became too much for his friends to bear, he co-founded the Vancouver Homebrewers Association in 2008. After being contacted by his friends at St. Augustine’s Restaurant, he joined the team to co-found Parallel 49 Brewing in 2012 as the Head Brewer. Parallel 49 Brewing has gone on to become one of the largest craft breweries in BC, winning numerous awards across the province and country.

There are no reviews yet.

Only logged in customers who have purchased this product may leave a review.